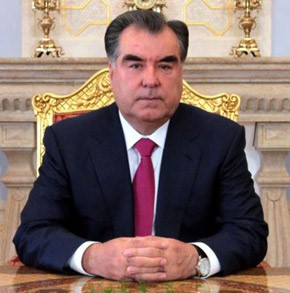 National independence is an indisputable boon for our country. It was during this period that the Tajik language gradually developed, its vocabulary changed radically and returned to its origins. Today, the language is considered an integral part of national statehood, holiness and pride. During the period of independence and the celebration of national holidays, the recognition of historical values, respect and veneration of the sons of the nation has become traditional.

Such measures were taken precisely with the initiatives and wise policy of the Founder of Peace and National Unity - the Leader of the Nation, the President of the Republic of Tajikistan, the respected Emomali Rahmon. Moreover, the valuable heritage of the Leader of the nation, including "Tajiks in the mirror of history", "respect for history and Aryan civilization", "Orientations and knowledge of Aryan civilization", "the language of the nation – the existence of the nation", as well as several other works have not only scientific and literary significance, but will also contribute to self-knowledge and self-awareness of youth, pride of honest and worthy ancestors, patriotism of every Tajik generation, especially the younger generation.

One of the most valuable works published in recent years is the book of the leader of the nation "the language of the nation – the existence of the nation". Asar consists of two books developed on the basis of reliable scientific sources, as well as scientific and public language.

Chapter four "The language of the Tajik record: the initial epoch". The information presented in this chapter introduces the reader to ancient written examples of the Tajik language, the first in Tajik poetry and Tajik poetry. This chapter also provides reliable data on the background and factors of the formation of the literary language, the language of science and the formation of terms.

The book covers all the different periods of the development of the Tajik language. The Head of State, based on the reliable scientific and historical facts of our ancestors, the difficult road prepared by them, emphasizes that "our ancestors, despite their illiteracy and the illiteracy of history, because in extreme cases they made every effort to protect their Homeland and national shrines, especially their native language, put the language before us together with such powerful literary and historical creativity." The leader of the nation noted that now the task of the heirs of this language is to preserve the material language from the danger of the era of globalization and pass it on to descendants in this way and to the rich.

The second book "The Language of the nation – the existence of the nation" by the head of state "was called Language and Time". The book covers the historical period of the development of the Tajik language from the beginning of X11 to the beginning of the twentieth century. It consists of 7 chapters, which gave an analysis and research of the Tajik language for 8 years.

Language is the most sacred and indisputable wealth in the interests of the sustainability of the State and the nation. In this regard, the lesson of the book states: "language is the most important element of the balance of the nation, a mirror of the life of the past, present and multiple opinions of the people and is considered one of the most valuable sources of the heritage of the past for future generations."

The leader of the nation notes that language is one of such phenomena of national culture and is a means of self-awareness and pride of every person. The language expresses folk traditions and rituals. It is through language that a person will protect the spiritual values of his people and appreciate them.

In the book, the Head of state noted that the government of the country has been making efforts to enrich the Tajik literary language since the first days of independence, and has created legal foundations for its development. Along with this, a number of acts have been adopted and state programs are being implemented to promote them. In honor of this important branch of our statehood, changes are being made in the legislation, the State Language Day is celebrated annually, and many scientific and mass events are held with special grandeur.

The leader of the nation expresses his opinion about the essence and authority of the Tajik language: "for me, the Tajik language is not only a means of communication and communication, but also, above all, a passport of a dear nation, the pure spirit of my ancestors and a mirror of my ancestors. Therefore, I am looking forward to this glorious language, I will speak these languages with a high sense of patriotism, I express my gratitude and appreciation to my supporters for their courage and courtesy.