Scientific student (SS) at the Department of Biochemistry 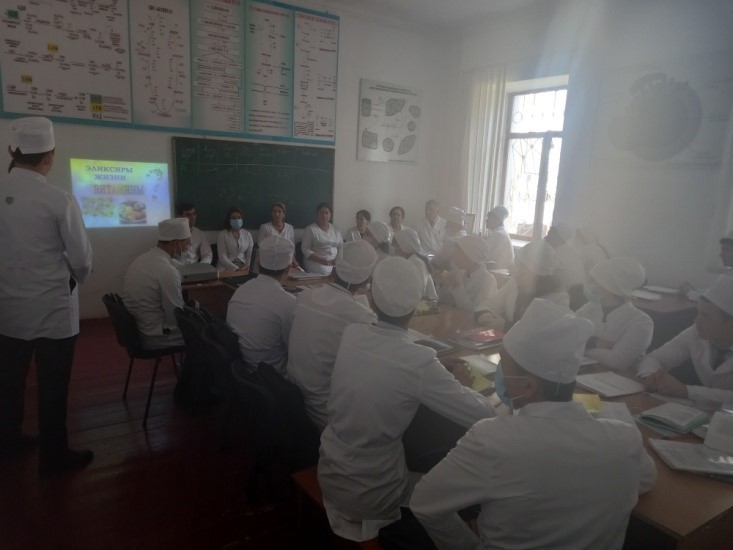 At the Department of Biochemistry, a scientific circle of students was held according to the introductory scheme with the members and the choice of the Secretary of the Ministry of Foreign Affairs, the topics among the members of the TSU team, the choice of the time of the CSI. The event was attended by all members and students representing the interests, as well as professor of the department Saburov A.M., Professor Dzhumaev B.B., assistant Gulov M.K. big teacher Nosirzhonova H.R., associate professor Kurbanova M.B. assistant indi Abdusamad, Alifshayeva S.A.Turdialiev M.Chas. and Ustabaeva N.X. participated.

According to the first report "Vitamin and its role in the body", Jamoliddinov Samandar was singled out by a second-year student of 59 medical faculties. The meeting was attended by deputy Chairmen of the region, heads of departments of the executive body of state power of the region and other regional structuresh is. Students and teachers participated in the discussion of the performance of Notre Dame.

Scientific student (SS) at the Department of Biochemistry