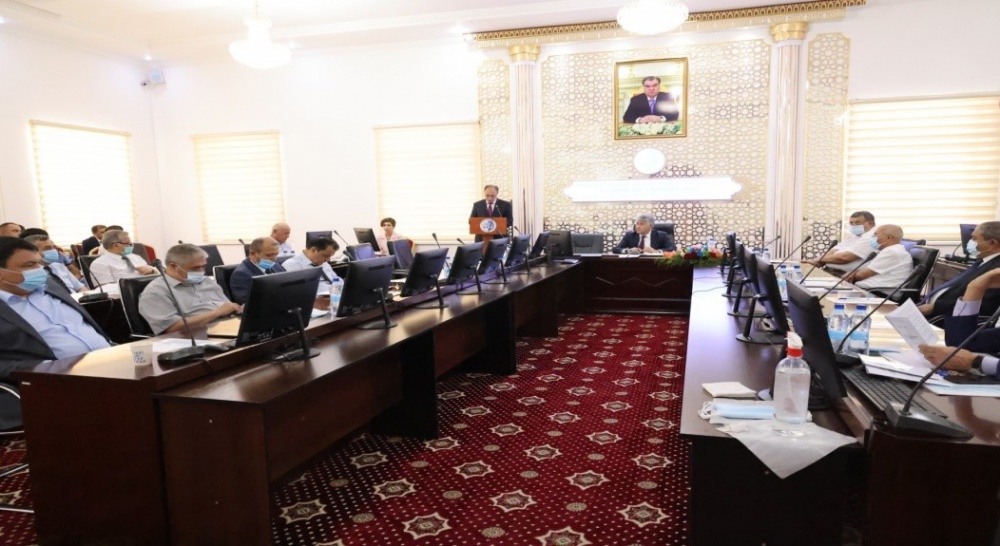 Along with the training of doctors, another area of activity of the university is the education of scientific personnel. Over 30 years of independence, 688 dissertations have been prepared and defended -613 candidate dissertations and 75 doctoral dissertations. It should be noted that at the University, the defense of PhD theses begins in 1952 and doctoral theses since 1968.

Over the past 10 years, from 2010 to the present day, 331 scientific dissertations have been defended in the dissertation councils of the university and beyond, including 290 candidate dissertations and 41 doctoral dissertations in various specialties. After the establishment and start of work, the 6th Dissertation Council under the Higher Attestation Commission under the President of the Republic of Tajikistan received a wide opportunity to defend scientific dissertations. Also, the preparation of a Doctor of Philosophy (RHD), a doctor of 6D 110100 - " Medicine " 6D 110400 - "Pharmacy" and 6D 110200 - "universal health” has been carried out at the Tajik State Medical University named after Avicenna since 2015. Currently, the total number of applicants for the title of Candidate of Medical Sciences is 79 people and 15 applicants for the degree of Doctor of Medical Sciences. The training of scientific personnel is carried out through postgraduate studies, doctoral studies in the specialty (PhD), traditional doctoral studies, candidates for the degree of candidate and doctoral degrees, as well as master's degrees.

Contribution of the Avicenna TSMU to the research of the innovative development program of the Republic of Tajikistan for 2011-2020, the human potential and intellectual property development program for the period up to 2020 and the presentation of Tajik medicine in the international arena. Year after year, the number of inventions and proposals for innovations (rationalization) has been increasing over the past 30 years, indicating that university scientists are actively and actively contributing to the implementation of these strategies and programs.

The number of inventions of scientists of the Avicenna TSMU in 1991-2021 is 310, which will be devoted to the development of new methods of diagnosis, prevention and treatment of infectious and non-communicable diseases, reproductive health, development and processing of domestic medicines and in the future will contribute to further improvement of the quality of medical services, which is a priority of the national strategy of public health of the Republic of Tajikistan. The number of innovations is 1026 units.

Cooperation agreement with the "Pedagogical University of Moscow " of the Russian Federation " with the " Institute of Chemistry named after V.I. Nikitin of the National Academy of Sciences of Tajikistan " was concluded in 2020.

From year to year, the growth of scientific works testifies to the effective functioning of University scientists. For 30 years of independence, the number of monographs is 325, scientific articles in total 37 thousand 709 and articles published in the journals of the COA of the Russian Federation and the Republic of Tatarstan, made up 5 thousand 752 units.

One of the ways to assess the importance and position of the results of scientific work is the publication of articles in specialized international journals, journals where there is a lot of evidence about the Empire. More than 30 articles published outside the country in 2018, the Implanter has a factor from 0.6 to 3.831. The increase in the number of such articles indicates a gradual increase in the scientific authority of the university in the international arena.

One of the main goals of the university management is to raise the status of the university's scientific journals "Avicenna Bulletin" and "Avji Zuhal". For this purpose, with the desire of the university management, the scientific body (impact factor) has increased the journal "Avicenna Bulletin" over the past two years from 0.098 to 0.426, that is, 4 times. Scientific journal of the University “Sino's message” has been included in the list of magazines recognized by the coalition of the Russian Federation since 2003. Since 2007, the journal has been registered with Cross Ref (Scientific Publishing Union) and became a member of PILA (International Association for Relations with Publishers). This allows scientists from other countries of the world to also get acquainted with the materials of the journal. Another scientific journal of the University ”Avji Zuhal", which is published in the state language by 2020, was included in the list of Russian Scientific extraction Indices (RSCI) of scientific journals published by the Higher Attestation Commission under the President of the Republic of Tatarstan.